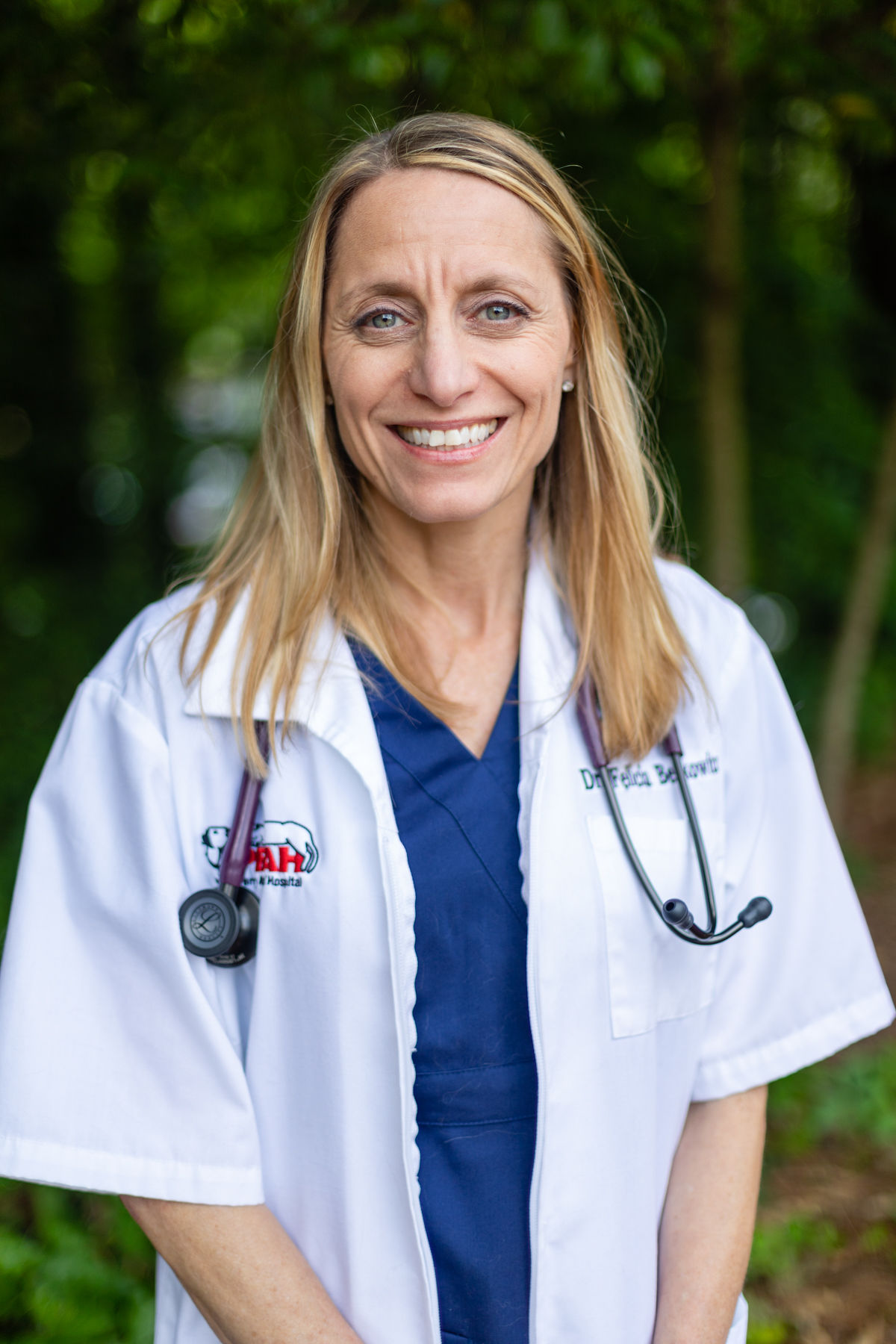 Dr. Felicia Berkowitz joined Powers Ferry Animal Hospital in June 2001 and became a partner
in the practice in October 2006. She is originally from New Jersey and relocated to Atlanta in
1999. After graduating from the University of Pennsylvania School of Veterinary Medicine in
1998, she completed a one-year internship in small animal medicine and surgery at Red Bank
Veterinary Hospital. In her spare time, Dr. Berkowitz can be found spending time with her
husband, their daughter, and their adorable scruffy terrier named Annie. Dr. Berkowitz enjoys all
aspects of small animal medicine, but especially enjoys cardiology and geriatrics.