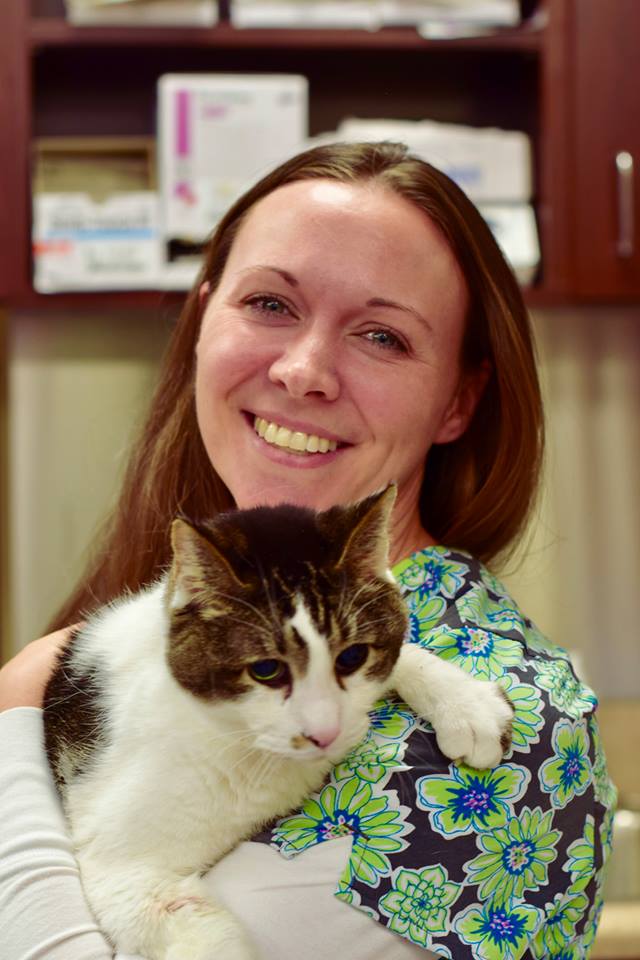 Sarah, who originally moved here from Minnesota, has been a veterinary technician with PFAH since 2000. She was raised on her family’s dairy farm and has been around large and small animals all her life. Sarah graduated from Kennesaw State University with a Bachelor’s degree in Biology. She lives with her husband and their 2 spoiled cats, Jeraco and Nattie. In her spare time she enjoys traveling, shopping and spending time with family and friends. 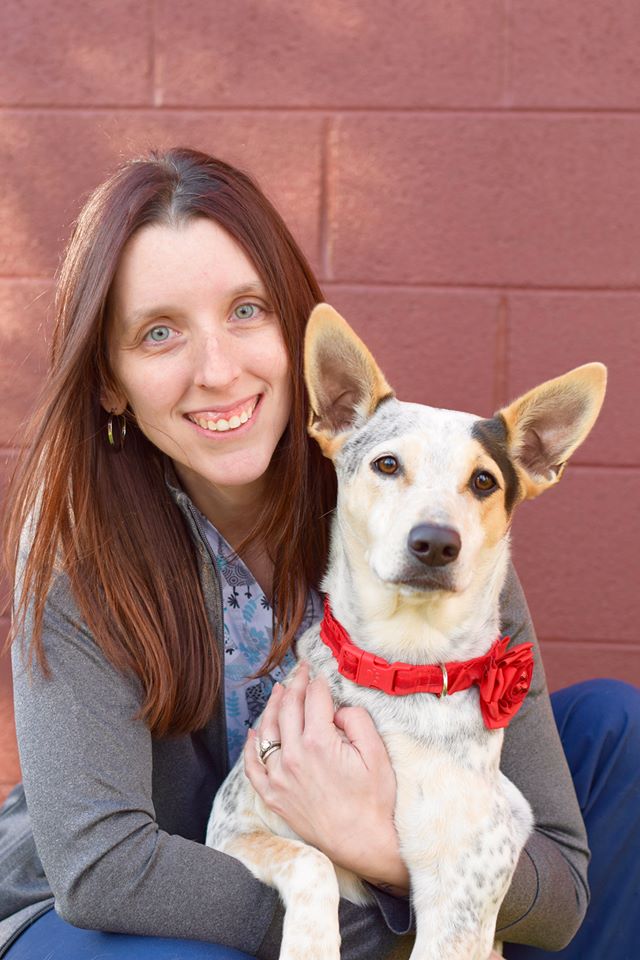 Jenn became part of the PFAH family in February 2000. She graduated from Kennesaw State University with a Bachelor’s in Biology.  She currently lives with her husband, Chuck, and their 3 four legged kids- Chip, the beagle, Baby P, the trouble maker, and Max, the perfect orange kitty. In her spare time, Jenn enjoys being in the outdoors hiking, backpacking, and camping. Even though she loves her job, she would always rather be outside. 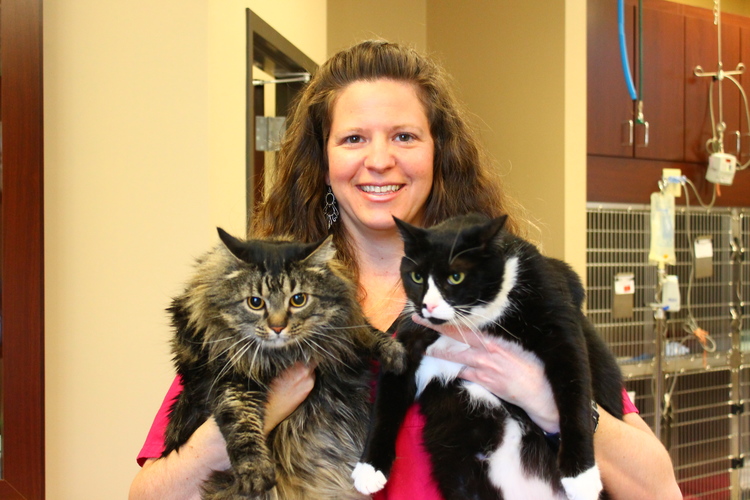 Lisa, originally from Marietta, has been a veterinary technician with PFAH since 1991. Lisa graduated from the University of Georgia with a degree in Microbiology. She lives with her husband, Jeff, and 2 children, Josh and Emily. Living amongst the chaos is her dog, Mia, 3 cats, Simon Speedbump, Raptor, and Tater, and a Russian tortoise, Boris. In her spare time, she enjoys racquetball, reading, and spending time with her family and friends. 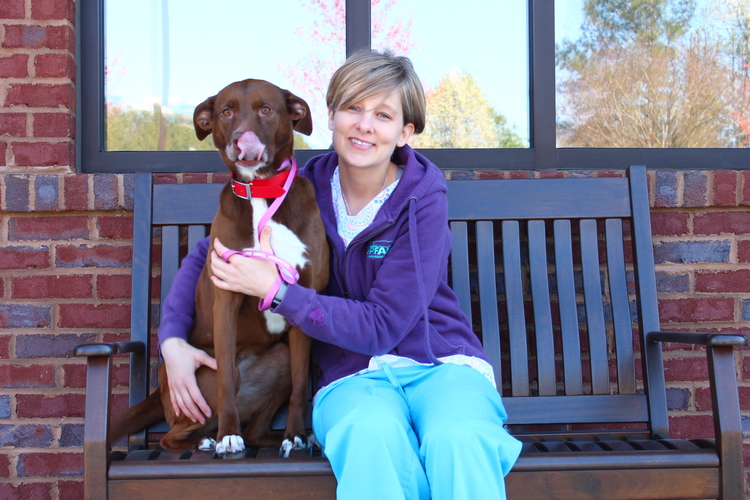 Tara came to Powers Ferry in Spring of 2009. She lives in Sandy Springs with her two large dogs, Mazel (featured above) and Mr. Blue. Tara is not only a wonderful asset to the PFAH team but she is also a talented artist. Her artwork is featured in the cat room of the animal hospital for all the cats to enjoy. 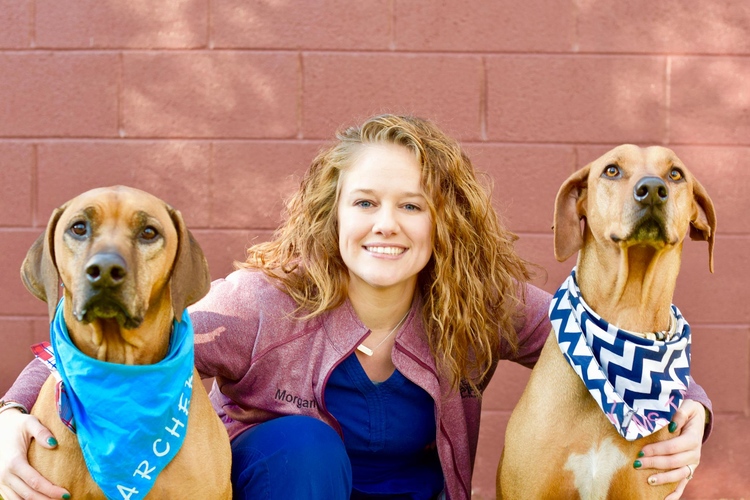 Morgan started working as a technician at Powers Ferry in the winter of 2012. Morgan and her husband Chris have 2 cats and 2 dogs, Archer and Tamsin (Rhodesian Ridgebacks, featured above). She graduated from Souther Polytechnic State University with a Bachelors of Science in Biology. In her spare time she loves traveling and spending time outdoors. 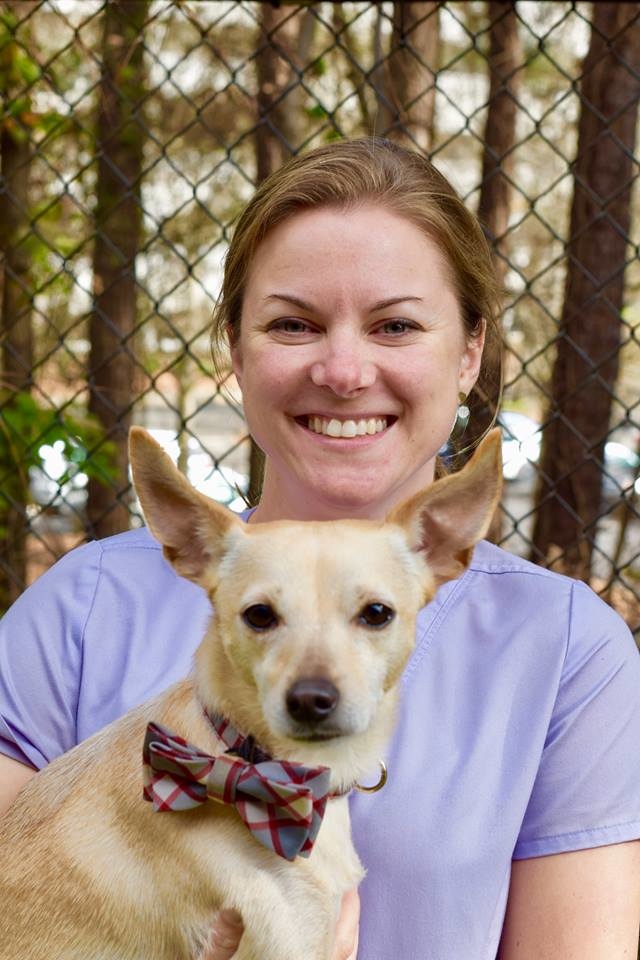 Katie began working as a technician at Powers Ferry in January of 2013. She is originally from Alpharetta, but currently lives in Acworth with her husband, Ken, and her furbaby, Hudson James. When she is not at work, Katie enjoys cooking, reading, and being outside as much as possible! 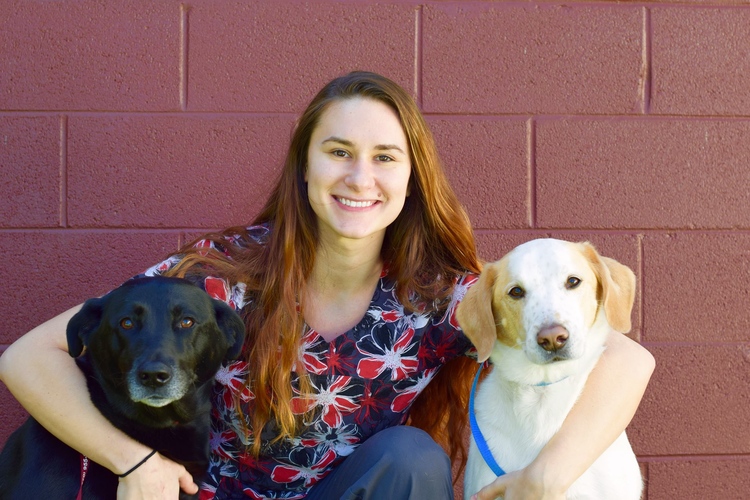 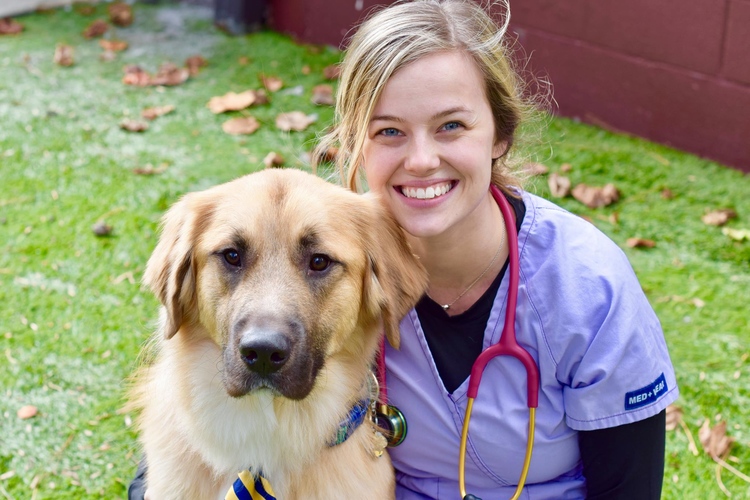 Bethany is an animal lover. She’s a fur mom to three cats and a dog named Grover. Currently in school to become a certified Veterinary Technician, she is excited to learn more about veterinary work and help all animals. She is also newly engaged and will be getting married in April 2019.